Vegetarianism: The most important solution to Global Warming

A friend sent this to me. Thought it might be of interest to some of you.

In the run up to the Copenhagen climate change conference, it is vital the following information be disseminated to the public as well as to our political leaders.

A widely cited 2006 report by the United Nations Food and Agriculture Organization, Livestock's Long Shadow, estimates that 18 percent of annual worldwide greenhouse gas (GHG) emissions are attributable to livestock….however recent analysis by Goodland and Anhang co-authors of "Livestock and Climate Change" in the latest issue of World Watch magazine found that livestock and their byproducts actually account for at least 32.6 billion tons of carbon dioxide per year, or 51 percent of annual worldwide GHG emissions!

The main sources of GHGs from animal agriculture are: (1) Deforestation of the rainforests to grow feed for livestock. (2) Methane from manure waste. – Methane is 72 times more potent as a global warming gas than CO2 (3) Refrigeration and transport of meat around the world. (4) Raising, processing and slaughtering of the animal.

Meat production also uses a massive amount of water and other resources which would be better used to feed the world’s hungry and provide water to those in need.

Based on their research, Goodland and Anhang conclude that replacing livestock products with soy-based and other alternatives would be the best strategy for reversing climate change. They say "This approach would have far more rapid effects on GHG emissions and their atmospheric concentrations-and thus on the rate the climate is warming-than actions to replace fossil fuels with renewable energy."

The fact is that we are being informed of the dangerous path we are on by depending greatly on animal flesh for human consumption. We still have the opportunity to make the most effective steps in saving ourselves and this planet. By simply choosing a plant based diet we can reduce our carbon foot print by a huge amount.

We are gambling with our lives and with those of our future generations to come. It's madness to know we are fully aware of the possible consequences but yet are failing to act.

Please make a truly environmental, healthy and compassionate choice, choose to drastically reduce your meat intake or simply go vegetarian or vegan. This is the single most powerful action for preventing climate change as it is the single largest source of greenhouse gas emissions.

Thank you for your consideration.

Posted by Ahimsa Village at 4:20 PM No comments:

Among the many activities of the worldwide movement in Socially Engaged Buddhism today, perhaps the most significant are those related to Buddhist environmentalism, or Green Buddhism. Ranging from efforts of the Dalai Lama to have the entire Tibetan plateau declared a "natural park" and wildlife refuge called the Zone of Ahimsa, to strategies by monks in Thailand to prevent over-logging, to Thich Nhat Hanh's ecological awareness campaigns within his Order of Interbeing, to the decades-long commitment of American Buddhists such as Gary Snyder and John Daido Loori and Joanna Macy to honor and protect wilderness and sustainable human cultures and all living beings, the Green Buddhist movement is dynamic, vitally important, and inspiring to Buddhists and non-Buddhists alike. (And it also includes the activities of the "Green Appalachia" program sponsored by the Zen Peacemakers Order in partnership with Ahimsa Village in central Pennsylvania.) Unlike the Christian environmental movement, Green Buddhism does not espouse the ideal of responsible human stewardship of God's Creation, a view that affords humans a priveleged position within nature. Rather, Green Buddhism invokes the fundamental Buddhist principle of interconnectedness, in order to express the truth of the profound interdependence of everything within the cosmos, humans linked to animals and plants and oceans and mountains and stars in a harmonious network of interbeing.
Here's my top 10 list of Green Buddhists, in alphabetical order:
1. The Dalai Lama
2. Wendy Johnson
3. Stephanie Kaza
4. John Daido Loori
5. Joanna Macy
6. Peter Muryo Matthiessen
7. Thich Nhat Hanh
8. Prayudh Payutto
9. Sulak Sivaraksa
10. Gary Snyder
Honorable Mentions:
Robert Aitken, Rita Gross, the Karmapa (Ogyen Trinley Dorje)
Posted by Ahimsa Village at 8:24 PM No comments: 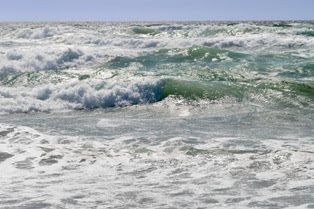 I just finished watching a great new film titled The Shift (2009) by Wayne Dyer. This is Dyer's first film. He is best known for his many bestselling books on self-help and the spiritual life. The film follows the lives of a group of people who are on vacation at a beautiful California oceanside retreat center. One group is a film crew who has come to interview Dyer about his latest book on the spiritual life. The segments of this interview are masterfully interwoven with the lives of the people at the retreat center illustrating in dramatic fashion what Dyer is talking about. Its a very powerful and effective method. I really learned a lot from this film - its all about making the shift from an ego-centered life to a service-centered life, letting go of our personal agendas and allowing our true self or as Dyer calls it our Authentic Self to manifest. Its there all the time, we just have to let go of our ego so it can shine forth. A truly remarkable and inspiring film. Highly recommended. To learn more about the film, visit the film's web site at http://www.dyermovie.com/. We plan to have a showing and discussion of the film at Ahimsa Village this year. -- Bob Flatley
Posted by Ahimsa Village at 7:28 PM 1 comment:

This workshop focuses on the inevitability of local communities turning towards increasingly self-sufficient economies as a response to changes in the global climate, economy and steady rise in the cost of energy. The workshop will discuss the conditions leading to the current social and economic crises, outline a model for a self-sufficient community; and open a dialogue on how such a community can be pursued.

Bill Sharp has been active in environmental and economic development issues for over 40 years. He has been a teacher, planner and manager in higher education, government and business. His has worked in urban and rural areas, served on and been an officer of several non-profit organizations and associations and been forming member of several of these. He has a life-long interest in community. He is currently working to develop an architecture for self-sufficient communities and is a local supporter of the Transition US and UK based Transition Towns network.

Light refreshments at 7:30pm, followed by program. Please RSVP to bob@ahimsavillage.org, 814-355-0850 if you plan to join us. Suggested donation $5 benefits the Ahimsa Education Committee.

Posted by Ahimsa Village at 7:19 PM No comments:

What do Zen master Thich Nhat Hanh, Pulitzer Prize winning writers Gary Snyder and Peter Matthiessen, the Dalai Lama, and activist Joanna Macy have in common? They're all part of the widespread Green Buddhism movement.
Please join us for this lively, fascinating, and unique presentation. It will offer a global perspective of Buddhist relations to nature, discuss Buddhist philosophical approaches to the environment, compare these to other world religions, explain the rise of the modern Green Buddhist movement in Asia and America, and describe how Zen Buddhists are now addressing environmental concerns in central PA and offering models for sustainable living and healing the earth.

Steve Kanji Ruhl received his Master of Divinity degree from Harvard University. Kanji is a lay Buddhist minister in the Zen Peacemakers Order, completing his training for ordination as a Soto Zen Buddhist priest. He is also a longtime environmentalist, an active lover of the sacred outdoors and member of such eco-organizations as the Sierra Club, the Creation Care Coalition of Centre County, and Interfaith Power and Light.

Light refreshments at 7:30pm, followed by program. Please RSVP to e4bob@yahoo.com, 814-355-0850 if you plan to join us. Suggested donation $5 benefits the Ahimsa Education Committee.